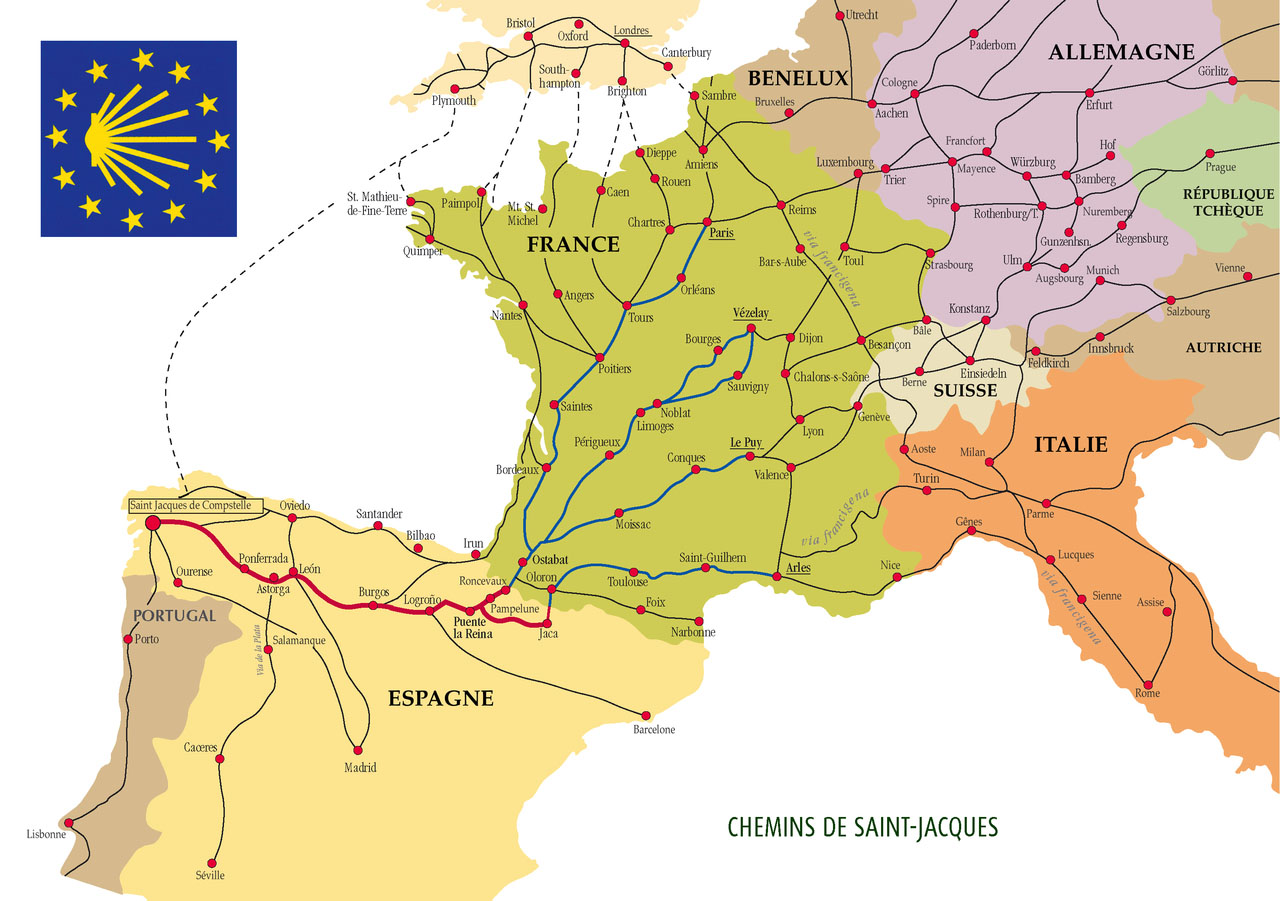 I left for Spain at the end of January 2003 and returned to Canada at the end of May. During that time I learned to speak and understand Spanish reasonably well, I walked 1500 kms on the Camino de Santiago from Le Puy in the Massif Centrale of France to Cap Finisterre, the westernmost point of  Spain, I met some wonderful people, made some lasting friends and generally had the time of my life.

The main reason for my visit to Spain was to walk the Camino de Santiago, but before doing this I wanted to learn some Spanish. I thought I would enjoy my walk a lot more if I was able to converse with the people I met along the way.

I spent a month at the Don Quixote school in Granada before setting off on my walk. I never quite got to the point where I could have a really fluent conservation, but if I found someone who was patient enough to give me a chance, I did OK. And for all the usual stuff - ordering food, beer and wine etc. I did very well. I had never spoken Spanish before in my life so even though I didn't do as well as I had hoped, I was happy with my progress, especially when I compared myself to others in the class.

It was all worth it too, because there were times on the walk when I was the only one in the whole group who spoke any Spanish at all, and as we all know, in the land of the blind the one-eyed man is king!!

I started my walk in Le Puy in the Massif Centrale on 9th March 2003, crossed the Pyrenees on 9th April and arrived in Santiago on 8th May. I took exactly two months to walk the 1500 km from Le Puy to Santiago. When I got to Santiago I was enjoying myself so much I didn't want to stop, so I spent another three days walking to the Atlantic coast at Cap Finisterre.